Each person thinks they know their “cat limit”. Often this occurs when someone sees a rescue or an adorable kitten who needs a home. “We’re at our limit” they say, and that ends the topic. But what is your cat limit and can that number change?

When my husband and I first got together we had six cats. He had two. I had four. His pampered princesses and my four rag-tag rescue mutts. Then, I adopted a friend’s cat, and we had seven. There was some flex, as we had a house full of rescues, but for the most part we stayed at seven or eight. Though our household was combined with kitties 7 or older and we lost several of our geriatric ones. When we moved here to the Ozarks, we came down with four. Mom had her cat, and our number was five.

Then Charlie showed up, claiming us. We lost two (one a geriatric kitty, one who apparently had kidney tumors and passed too young.). And then kitten summer happened. That was 2015 when two stray mamas showed up and had kittens. I found homes for some of the kittens. The rest we keep, and now we’re at 15 cats. That’s our limit. The inn, as they say, is full.

My husband and I understand this implicitly. Though I work with a local organization and the organization is fostering four absolutely adorable kittens, one of which (a tabby girl, which I have a weakness for. We have three currently.) has claimed me. No, sweetheart. We’re at our cat limit.

But it’s rather interesting, because at one time we had seven or eight cats. That seemed like a good number. When we were down to four, the house seemed empty. Now, it’s a bit too full at times, but so much love. I’m never far from cuddles or a purr, and seeing Sweet Pea and Mama Jewel come out of their shells (the feral mamas) and settle into the life of pampered house cats has been amazing. From my geriatric “sister” and watching her become interested in life again after mom’s passing. And the youngest, now four, and I can hardly believe that, seeing them settle down from crazy kittenhood to chilled housecat. It’s all amazing. 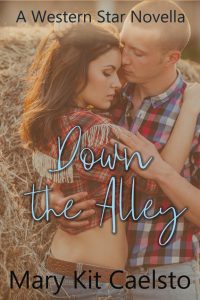