Before I start this blog let me assure you that if you purchase your eggs from a grocery store there’s every reason to believe that they’re unfertilized. Most commercial egg producers have only hens (why pay to feed something that doesn’t make money?) and even those who sell at farmer’s markets often do not have roosters. If you’re not sure if eggs are fertilized and this is something that bothers you, ask if they have a rooster.

Fertilized eggs and non-fertilized eggs do not taste different all things being the same otherwise. There may be a bit more “protein” in the egg or extra genetic material; however, as someone who has eaten farm fresh eggs, my own eggs which as you’ll see in the pictures below are fertilized as well as store bought eggs (or even unfertilized eggs from my own hens) there’s no difference in taste. Where you do find a difference is in what foods they’re fed, if the hens have a chance to free range or eat insects or grass or weeds (or stale potato chips, haha). That’s why so often the eggs that come from a local producer have a much richer yolk, more orange than yellow. It’s because the chickens eat a much more varied diet.

This is true even if the chickens don’t free range. Mine do not. They have a large coop and attached run. They do have access to any insects that go into their run, as well as they love to peck at the weeds in the garden along the run and when we weed the garden, we do toss the weeds into our poultry runs, which gives them a variety of things to scratch and peck through. Mine also get the left overs out of the fridge, which could range from extra taco meat, wilted, but not yet otherwise damaged vegetables, and the occasional extra hot dog or hamburger bun.

If you candle a store bought egg next to one of my eggs (candling is the act of putting a bright light through the egg to see if there’s an embryo), within the first few days of laying they look the same. Mostly “clear” with a shadow for the yolk. It is only when eggs are exposed to incubation temperatures (around 100 degrees) that they start to develop. Clean eggs stored on your counter or table can do so for weeks (Fun Fact: They don’t refrigerate eggs in Europe) and it’s only our American practice of washing eggs, which removes the bloom or protective outer covering, that then makes it possible for pathogens to get inside and the egg to spoil so they need to be in the refrigerator.

The eggs in the pictures below are a few weeks old from my kitchen table in the “oops, I didn’t collect every day” bucket that doesn’t get sold, so it’s safe to say they remained in the coop for 2 or 3 days and still didn’t develop.

It’s good if you get a 75% fertility rate on eggs, and I’ve had upwards of 90-95%. That means that after a week of incubation you start to see veins developing. A lot of things can happen between Day 7 and Day 21 of incubation, but if they at least start, then you know it was fertile to begin with. Kazoo and Pretty Boy take VERY GOOD care of their ladies.

So how can you tell that the eggs below are fertilized? In the first egg, the cracked one (2 pictures) you see a “bulls eye” that’s very distinct. This is the blastodisc or blastocyst of the joining of sperm with the egg. It’s “conceived”. The second egg (the one cooking) had diffuse matter through the yolk and so my guess is that this egg either is a day or so past conception or simply is a failed attempt.

I took these pictures before I made “breakfast burgers” (an egg on top of a cheeseburger made from ground turkey) and we enjoyed them very much. Just remember, until incubation happens, it really is just an egg.

Would you like to find a local egg producer near you? My favorite site is Local Hens. 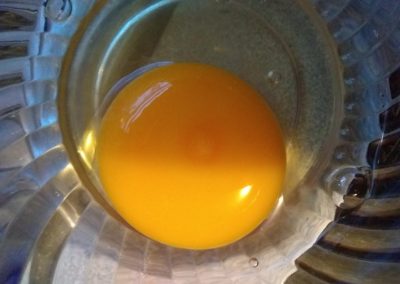 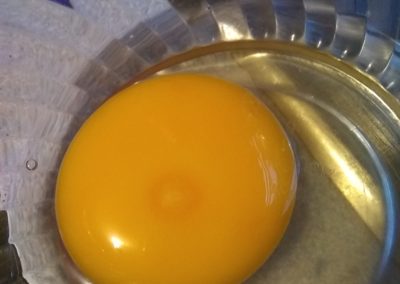 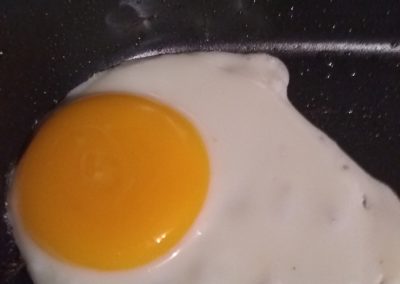 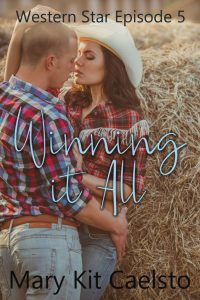