When I went into Walmart with my usual weekly grocery list, I also had one other destination in mind–the Christmas clearance aisle. Not so much because I needed chocolate (I don’t) or decorations (oh way no) or wrapping paper (nope nope), but rather, I wanted simple candy canes.

You see, around the first of December I remembered that I had a box of candy canes left over from last year. After using one to make my homemade chocolate mocha coffee creamer, I took one out and broke it into 8 small pieces and gave 2 to each horse in their morning bucket.

Talk about happy horses! Think of the nature shows you watch where the sharks go after chum in the water. That’s what the horses were like with the candy canes. Though the two pieces were maybe an 1″ long total, there was a lot of slurping (I have two horses that get soaked alfalfa pellets) and lip smacking. Happy happy horses!

So as I waded through the mass of bodies in the clearance aisle, I had one destination in mind: the candy canes. And there they were for 50% off or 50 cents a box. I immediately picked up four boxes (48 candy canes total) and then saw they had green apple candy canes. So I got 2 boxes of those as well.

I came out with a bag full of candy canes and came home to very happy horses. I’ve already tried the green apple candy canes and those were big hits as well. I’m thinking next week to swing by the Dollar General (Dollar Tree was already out) just in case they have any candy canes left. 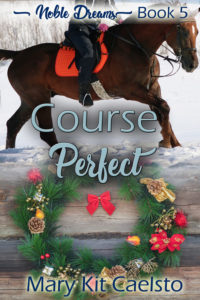