Book Tour: The Potential For Love

For over six years, Thomas Ferraunt’s thoughts have been of war. Newly returned to England from occupied Paris, he must ask himself what his place is in this new world and what he wants from it. More and more, his thoughts turn to Arabella Malvin, but would Lord Malvin agree to such a mismatch for his daughter, especially when she is being courted by Lord Henry Danlow?

About to embark on her fourth Season, Arabella is tired of the life of a debutante, waiting in the wings for her real life to begin. She is ready to marry. But which of her suitors has the potential for love and who will agree to the type of marriage she wants?

As she struggles to make her choice, she is faced with danger from an unexpected quarter while Thomas is stunned by a new challenge. Will these events bring them together or drive them apart?

We are celebrating the release of the special hardback edition of The Potential for Love during this tour. With a beautiful dust jacket over an elegant laminated cover, it will enhance any library and is the perfect gift for lovers of historical women’s fiction and historical romance.

I was born and brought up in Dublin and moved to Germany on my marriage in 1973. Before my marriage, I was an administrative officer at the Department of Finance in Dublin. I worked as attaché at the Irish Embassy in Bonn until my eldest son was born. Following a twelve-year stint as a full-time mother, I joined the New Zealand Embassy in Bonn, where I was administration officer. My husband and I returned to Ireland in 1999 and in 2009, following a year’s treatment for breast cancer, I took early retirement from my position as Director of Administration and Human Resources at a large Dublin law firm.

I have always enjoyed writing, I love the fall of words, the shaping of an expressive phrase, the satisfaction when a sentence conveys my meaning exactly. I enjoy plotting and revel in the challenge of evoking a historic era for characters who behave authentically in their period while making their actions and decisions plausible and sympathetic to a modern reader. In addition, I am fanatical about language, especially using the right language as it would have been used during the period about which I am writing. But rewarding as all this craft is, there is nothing to match the moment when a book takes flight, when your characters suddenly determine the route of their journey.

The first quarter of the nineteenth century was one of the most significant periods of European and American history, a period whose events still resonate two hundred years later The Act of Union between Great Britain and Ireland of 1800, the Anglo-American war of 1812 and the final defeat of Napoleon at the Battle of Waterloo in 1815 all still shape our modern world. The aristocracy-led society that drove these events was already under attack from those who saw the need for social and political reform, while the industrial revolution saw the beginning of the transfer of wealth and ultimately power to those who knew how to exploit the new technologies.

I write historical fiction set against this background of off-stage wars, of women frequently left to fend for themselves in a patriarchal world where they have few or no rights but must make the best lives they can for themselves and their families. While real people sometimes have walk-on parts, the protagonists and their stories are pure fiction. As well as meeting their personal challenges, they must also cope with external events and the constraints imposed by society. The main story arc is romantic. I am particularly interested in what happens after the first happy end—how life goes on around the protagonists and sometimes catches up with them. 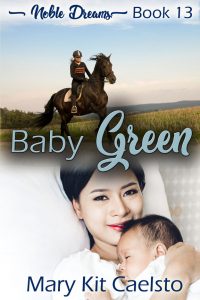