Sandy Cox believed WW3 was over. But for those Alien Vampires, War Has Just Begun.

Forty-eight hours after a World War III treaty is signed Sandy Cox awakens in an underground compound unable to move. Tied to machines she screams for help but no one answers. At least NO ONE HUMAN.

And they’ve taken her unborn child.

Enter Phil, a rebel freedom fighter who has had more than his share of Alien Vampires. Armed with THE BLADES, a sacred alien martial art, he enters the compound on a mission to find Sandy. But as he battles his way through the compound, Phil discovers Sandy has her own agenda. Finding her stolen child is all that matters.

But the vampires have their own plan and Sandy’s baby is at the heart of their diabolical plot. Joined by a crew of rogue soldiers, they must navigate the underground compound, battling genetically mutated humans, aliens and monsters.

When battling Alien Vampires, one thing is certain…Get Ready To Bleed!

Fans of The Hunger Games, George RR Martin, VE Schwab, Star Wars and Ancient Aliens will be fascinated by this high-powered, intelligent, edge of your seat dystopian sci-fi action thriller.

Dr. Blum escorted an alien vampire, a Drac, down the pristine hallway. This Drac was tall, standing well above six feet. He wore thick black armor that shined under the light, covering his torso, neck to navel, all the way down his arms, locked at the wrists. Standard armor for Drac soldiers.  His skin was pale, at least as pale as a scaly brownish auburn flesh could allow. His skull was smooth and large, and his neck bones stood on his shoulders protruding from the skin and skull like two thick stints up to the top of his head. The bones swelled then retracted, in unison with his breathing. The skin beneath his eyes was a pale red circling dry yellowish eyeballs with emerald pupils. His fingers were long and thick with sharp nails. Part of the Drac species, he wore his people’s badge of honor proud on his sleeve.

“He’s the first to receive the new pills,” Dr. Blum explained. “He’s still coherent though, seems his strength and adrenaline are fighting off the effects, but at least he’s calm. Shock to the system if you know what I mean, Sanos?”

“Indeed,” replied Sanos, his voice a thick and heavy baritone. “He’s had all the necessary tests completed?”

They stopped in front of the door leading to Ben’s chamber.

“This is it,” said Dr. Blum, sliding a panel from the small window. He looked inside seeing Ben sitting on the floor, his back against the wall. Ben’s pupils circled beneath half closed eyelids. His body jerked. The back of his head smacked against the wall. “Hmm, see, much more calm.”

“Delightful,” breathed Sanos. “May I?”

Sanos commanded perfection in his food. His eyes widened, delighted in observing Ben.

P.D. Alleva is an author, psychotherapist and hypnotherapist specializing in trauma, addiction and mental health. He is the author of several books, including fiction novels, Indifference and ABillion Tiny Moments In Time…, Seriously Twisted; These Gods of Darkness (Poetry), Let Your Soul Evolve (1st and 2nd ed), and Spiritual Growth Therapy: Philosophy, Practices and Mindfulness Workbook (non-fiction). He has developed behavioral protocols for addiction and mental health and teaches mindfulness, Buddhist meditations and manifestation techniques to his patients as a means and alternative to using pharmaceuticals. He is currently in private practice with his wife, Lisa. He lives with his wife and children in Boca Raton, Florida. 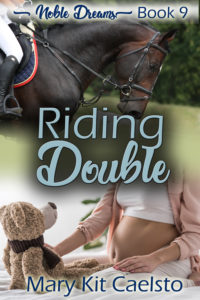