Book Review: All The World’s Colors (Historical Fantasy) With Giveaway

In 1642 Columbus sailed the ocean blue…except this is a fantasy world and Columbus doesn’t exist. And for the purposes of this book neither do Asian countries and we only get a hint of indigenous people. Instead, fantasy countries meant for stand-ins to Europe’s big players, Spain, Netherlands, England, and France are represented here. Fans of George R.R. Martin will like this fantasy world with political intrigue and a complex cast of characters. I rather enjoyed the young prince thrust into a new and unique role in a matriarchal society and the monk who loves chocolate given a new calling in life.

As I said, the non-European cultures are barely represented in this book, with the indigenous people of the “new world” showing up in artifacts and dead colonists that are never fully explained. I found the “countries” to be rough caricatures when overlaid with their real world counterparts. As a fantasy story it works well with the race to the new world and evokes much of the enthusiasm that no doubt was part of the events in our own time. I read for the characters, for the tailor’s son on a big adventure. The young prince. The monk with aspirations of a bosom serving woman. I trust that their stories will unfold over the course of the series.

This is a good read for those who love epic stories of discovery with lots of characters and intrigue.

Something inconceivable has happened, and all the world’s colors are about to bleed…

Kellia. Kellia the Red. Pagan, seafaring warriors of ancient renown. They have sailed west, ever west, and have discovered an awe-inspiring, unknown land. Is it their salvation, or the seed of their destruction?

Merova and the Throne of Blue. Wealthy, cultured, and the ultimate matriarchy. Kellia’s ancient nemesis, and a realm of secrets, intrigue, and treachery.

The Holy Domain of Sanctia. Piety, sacrifice, and faith. They have a spiritual duty to spread the truth across the seas, and they will sail under the sacred banner of green.

The Confederation of Orange. Cynical, profiteering financiers and lovers of pleasure. If there is a new discovery in this world, they will be poised to exploit it.

Fans of historical fiction and fantasy will delight in this epic saga of empire, conflict, and power.

Purchase at Amazon or pick up a sample!

Marcel knew he should be awestruck, but he was almost bored to tears.

Despite the fact no one ever saw the need to inform him of this truth (perhaps a slightly subjective truth, but truth nonetheless), Marcel was a learned child, and he loved his books.  He loved his history, he loved his scrolls, and his thirst for knowledge was insatiable.  He knew all about his current surroundings on that day, surroundings known to all as the “Alcazar Cobalt.”

The poetically-inclined subjects of the realm called the Alcazar Cobalt “timeless,” or “as old as the sky and sea,” but Marcel knew it certainly was not timeless.  In fact, it was constructed slightly more than twelve hundred years ago.  He knew from the scrolls obscured deep in its inner sanctum that eighty-three conscripted unfortunates perished during its construction, and that number was a pittance when compared to the unfortunates who perished mining the cobalt hundreds of miles away. But the cruel, unyielding earth grudgingly yielded its blue treasure, inconceivable amounts of exquisite beauty were extracted, and centuries later, the Alcazar Cobalt soared to the heavens.

Marcel’s grandmother, the Queen of the Blue and Emissary of the Sacred Mother, was holding court on this, the fourth day of the year’s third month.  Technically, she was his great-grandmother, but that proper title was never used by the family, possibly to indulge her vanity.  Some would attest the inner chambers of the Alcazar Cobalt radiated an even greater beauty and a more intense aura of authority during these mild days, but Marcel had no opinion on that.  It was merely another tedious royal function, and he slouched forlornly while brushing imaginary lint from his regal waistcoat.

Purchase at Amazon or pick up a sample!

James W. George is a lover of history and historical fiction. He is a graduate of Boston University, a military veteran, and he is currently residing in Virginia with his wife and children.

He published his critically-acclaimed debut novel, “My Father’s Kingdom”, in January 2017. The novel depicted the prelude to King Philip’s War in 1671 New England. The Indie View said: “Five stars…This is high historical drama handled wonderfully…a tale that will fully engage you on every level.”

“My Father’s Kingdom” is a planned trilogy, and book two, “The Prophet and the Witch”, was published in September 2017. This is an epic novel that spans the entire conflict of King Philip’s War, and includes such notable historical figures as Josiah Winslow, Increase Mather, Metacomet, Benjamin Church, and Mary Rowlandson. The Literary Titan awarded it five stars and a gold medal for October 2017. “Expertly written and instantly engaging from the first few pages…I was captivated…one of the more intellectual of reads.”

In 2020, he turned his attention to history-inspired fantasy and composed book one of an epic new series, “All the World’s Colors.”

He is looking forward to future books in these two series, and will enthusiastically reply to any questions, comments, insights, or witticisms posted to his Goodreads page.

https://www.goodreads.com/author/show/16292087.James_W_George The book will be free.

James W. George will be awarding a $20 Amazon or Barnes and Noble GC to a randomly drawn winner via rafflecopter during the tour. 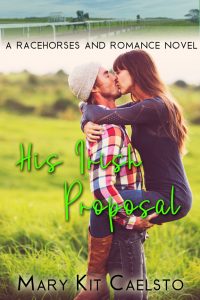