Intriguing Look At The Past

The perfect plan never works out that way–or does it? When Jerry comes up with the idea that two couples rent a duplex together it seems perfect. But people don’t always go according to plan and neither does the duplex.

As a reader, I thought I knew where this story was going. And yet, I found it an intriguing, compelling page turner that kept me reading long past my bedtime. With interesting characters, who at times seemed to be a bit one-dimensional, a historical time period that a lot of people don’t know the truth about, this becomes an against-the-odds romp that runs the gamut from comedy to tear jerker. I found myself curious as to where the story was going and how it would all end. Recommended.

BLURB:
THE DUPLEX is a thrilling tale, set in 1950s L.A., of four gay friends who hatch a daring scheme to live life on their own terms, during a time of systemic governmental persecution.

Los Angeles, 1956. Shangri-La. Palm trees, swimming pools, movie stars. And if you’re gay—persecution. In a society that demands conformity and lockstep conventionality, gay people find out quickly and the hard way, how difficult, dangerous and downright terrifying it is to be different.

So, when the constant fear of arrests, evictions, job loss and ridicule become too much, four gay friends and lovers pull together to hatch an ingenious scheme designed to allow them to live freely, without harassment.

But their secret plan is not without its flaws. Internal struggles and personality conflicts conspire to make their situation harder and more life-altering than any of them could have predicted, leading to valuable and universal lessons about the high cost of blending in—or not.

I had just entered Eddie’s. I had been there many times before and everything seemed normal. I was there to meet my girlfriend, Dot. I like Eddie’s neighborhood feel. It kind of reminds me of back home, Brooklyn. It is a nice place since both men and women go there, giving you a little more protection, like if there seems to be a raid about to happen, they will belt out The Star-Spangled Banner over the hi-fi. When this happens, that is the signal for the men to partner up with the girls and visa-versa. Play a little Tarzan and Jane. Two times it has happened since I started going to Eddie’s and it honestly scared the hell out of me. I mean you feel like a little kid about to get a beating from your father.

Anyways, that is how come when I saw this character moving quickly toward me from the men’s room at Eddie’s that night, I did not pause but just grabbed his arm and let him lead me out. I knew this fella must be in trouble. Oh, I’ve been around, and I know about all the entrapments that go on with the boys. So anyways, this fella, nice-looking, takes my arm and I grab back right away while he tells me he needs my help. So he spins me on my heels and out the door we go, fast, but not too fast. I sneak one last look over my shoulder before we exit—nothing.

Once we are outside, we keep up the pace and he immediately takes off his jacket, bundles it up, and holds it to his gut with one arm. He takes his other arm and puts it around my waist and pulls me close.

“Say, you’re chilled to the bone. Like a big shrimp cocktail,” he says.

“Shrimp cocktails do not have bones.”

He smirked. “Yes, and you’re not in a fancy glass soaked in cocktail sauce, either. It’s what we society characters call a metaphor.”

As we walk, I look up at him since even with my heels he is still much taller than I am. He had a nice face. Then I do that thing I always do when I am around a man like him. I always wonder—I guess I can not help it—could I be with a fella like him if things were different?

“Thanks for helping me out,” he says, still looking straight ahead.

He looked at me for the first time and I could tell he was loosening up quickly; something I found appealing, I remember. “Beautiful name, Barbara. That’s my father’s name.”

That took me off guard and I snorted out a laugh. He smiled and told me his name was Cliff.

We should probably get off the streets I told him. “I live right around the corner.” He nodded and we disappeared off of Fountain, a right turn on Mansfield, a few apartments down and we were home.

When we entered, he scanned the room like he was looking for something. He noticed the phone and stepped toward it. “Do you mind?” he gestured. I shook my head, no. He picked up the phone and dialed it as he looked at the back of a matchbook. “Hey, if you haven’t already started playing The National Anthem, que it up, Sam. There’s a vice squad goon taking a nap on your men’s room floor. Poor guy must have slipped on a bar of soap or something.” Then he hung up.

Lucky Stevens lives, works and plays in exotic North America.  He has written three novels.  He was also a finalist in a nationwide screenplay writing contest.  He was inspired to write The Duplex because he wanted to tackle a subject that grappled with universal themes in a creative and exciting way.

He can be contacted in the following ways: 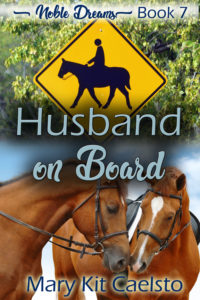 Husband on Board (Noble Dreams Book 7)