There have been many industry changes in the last decade, so what are some changes you would like to see happen in the next decade?

As someone who has been published since 2002, I’ve seen a lot of changes come over the industry. From starting out in a time when you had to explain what a digital book was at the time and when “print on demand” was a yucky word, to today’s world of primarily digital sales and POD becoming accepted, the industry certainly has changed. Some, such as the surge of independent publishing, have been good for authors. We’ve looked at diversity and inclusion within our ranks and we’ve addressed the problem of gatekeeping, as well as why it may be a good thing, in an ever-changing landscape. However, interestingly enough, I was just talking with a friend of mine about some changes I’d like to see, and this is a great time to also share them with you.

Believe the author who speaks out. (i.e. less us vs. them, more authors together)

Where there’s social media, there’s drama. I’m not going to talk about that. It happens. Rather, something that’s happened, and I’ve blogged about in various pen names since the late 00’s is that the ease with which someone can set up a publishing company means that bad management happens. When it does, inevitably it’s only a subset of the authors who don’t get paid and when they speak out, they’re quickly labeled as “troublemakers” as “bad apples” as “hateful”. Publishers start using the word “family” (and honey, if they do that RUN!) and pitting one set of authors, usually those who are either too afraid to speak up or who are getting paid and aren’t afraid to bask in that privilege, against those who are speaking out.

We’re writers. We imagine worlds in far away galaxies and historical lives, as well as stories set right here in our own time on our world. Surely we can imagine that even if we’re getting paid that others in the company might not, and aren’t lying about it. Believe the author who isn’t getting paid.

The Red Flags from the past are STILL today’s Red Flags.

So this is what I was talking to my friend about. Back when your only option really was a publisher or an agent, the list of red flags was circulated far and wide. New authors learned that money flowed to the author and if you paid a “publisher” that was a vanity press and not in your best interests. (Tip: It still is a vanity press, even if they now call themselves publishing service companies, and they are probably charging way too damn much.) Agents who recommended editors usually got a kickback and the AAR (Association of Author’s Representatives) frowns on this. Say what you will about RWA, one of the things it used to do well, is warn authors about the sharks in the ocean of publishing. With most of the publishing mentoring moving to places like Twitter, those of us old timers who speak up are getting drowned out by the masses. Many new authors don’t know about Writer Beware, which is still an excellent resource.

I feel like in this day of widget-your-book-make-zillions marketing guru courses from the latest big names, the red flags and issues get drowned out. Not everyone wants to self-publish and even if you are self-publishing there are sharks waiting out there for you, too.

My other hopes are the ones that are shared by many. I want to see more diversity in publishing, more books and more authors being creative, not retreading the same old water over and over again. I want to see authors taking ownership of all the rights and getting paid fairly for them. And I want them to find a community that supports and works with them–not pits them against one another. The odds are slim enough and they’re not always in the author’s favor. But if we work together, we can change that. And that’s the biggest change I’d like to see in publishing going forward. 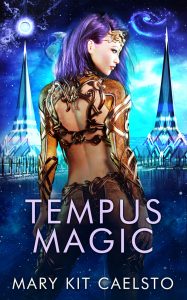