How 30 Years of Law Practice fuels a Novelist’s Career, Even if you’re not John Grisham

It must be a huge irony, actually: after 30 years of being a divorce lawyer, now I’m writing romance novels.

Am I trying to atone for all those homes I “wrecked?”

Not really. The writing actually came first. I wrote my first full-length novel at 14, a dark time travel Gothic about a girl from the present who appeared as a governess in the past, yada, yada. It was pretty terrible. I wrote two more before I got out of college. Not great, but I’d learned a few things. I became a journalist and worked at a newspaper in deep South Florida for five years or so, so I wrote a lot more, and learned a few more things. 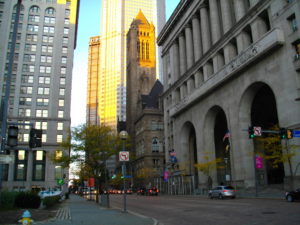 Then I went to law school. A single mom of two girls under 5, I had my work cut out for me, and the writing went by the wayside. Then the law practice, hours and hours each week to keep those girls in shoes.

But finally, I got comfortable in my mid-40s, remarried, with a new family, and I thought I’d try my hand at it again. I came up with three stories, all starring a heroine who lived and worked as an attorney in the nearest big city, Pittsburgh. The first became CONVICTION OF THE HEART, the second, SECOND CHANCES, and the third, VOODOO DREAMS: the Pittsburgh Lady Lawyer Series.

SECOND CHANCES tells the story of Inessa Regan, a 42-year-old attorney who is fired from her job as a long-time associate working divorce cases at a small firm. This is not because of anything she’s done, but because the wife of one of the partners is threatened by any female attorney in her husband’s office, even one with thick thighs who consoles herself with Ben and Jerry’s—a lot. Suddenly on her own, she doesn’t know what to do or how to begin again.

When her well-meaning neighbor brings her a client to make a will, a young veteran of the Iraq War. Inessa is desperate for the income, so she says yes. But Kurt Lowdon brings her a lot more than the $75 the paperwork costs. His courage and confidence in her helps her move past the devastating hit her life has taken, and she moves on to become a solo practitioner.

She also falls in love with him, which becomes a risky business as secrets from his past threaten them both. 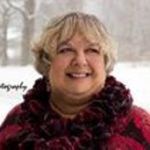 Author Bio:  Alana Lorens has been a published writer for more than forty years. Currently a resident of Asheville, North Carolina, she loves her time in the smoky Blue Ridge mountains. One of her novellas, THAT GIRL’S THE ONE I LOVE, is set in the city of Asheville during the old Bele Chere festival. She lives with her daughter, who is the youngest of her seven children, two crotchety old cats, and five kittens of various ages.

When Inessa Regan gets a pink slip, laid off from her law firm at the age of 42, without prospects she’s sure her life is over. She hides from the world, until her neighbor brings her a client, a young Iraq war veteran dying of cancer.

Kurt Lowdon only wants to make sure his affairs are in order should the worst happen, but meeting Inessa gives him encouragement on the road to recovery. His quest to help her realize her self-worth leads them into dangers they never expected, as horrors from the war and long-hidden family secrets come back to haunt them. 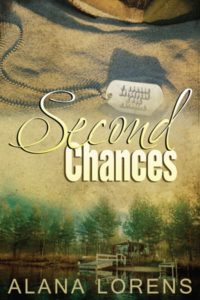 Inessa had visited the Pittsburgh IKEA store half a dozen times before, addicted to the simple, classic furniture designs and colorful décor items, but none of those experiences had ever been like this.

Perhaps the difference was because Kurt was a man, maybe it was the purpose of the visit, but she had fun. Negotiating the departments along the store’s one-way dictated path became an adventure different from any she’d had with a girlfriend.

The things that attracted Kurt’s attention! Forget the Swedish meatballs. He raved about a cushy pillow in shades of spring green and chocolate. He bought new towels in bright red and orange. Every gadget fascinated him, and he dug a sample out of the bins to test each one.

When they passed one bedroom set-up, the downy beige and green comforter was softly rumpled, as if the owner had just climbed out seconds before. “That looks comfortable.” he exclaimed, and he scrambled right in.

“Kurt!” She’d looked around, mortified. Several young couples passing by in madras Dockers and khakis stopped to stare; some smiled.

“What? This is a display bed. You’re supposed to try it out. Come on.” He held up the covers for her to join him. The mischievous expression on his face broke her up, embarrassed as she was.
“I don’t think so. You rest. I’ll be looking at office supplies.”

“Spoilsport. No one will care if you romp in the bedroom department at IKEA. Look, now everyone else is, too.” He gestured to several displays around them as other customers climbed onto neighboring beds, laughing and teasing each other. When she still held back, he affected a pout and pushed himself out, smoothing the bedspread again. “All right. Business first. Let’s go.”

Over the next couple of hours and the seeming miles of displays, he thoughtfully helped her select what she needed—a desk, comfortable chairs for her consulting clients, bookshelves for her legal research materials—but also remained playful. He had to experiment with every one of the wheeled desk chairs, spinning them around until he found the one with the least traction. “Try this one. It’s better than Kennywood.”

She laughed and checked the growing list of items on the small screen of her Blackberry, and the total she’d be spending. The thought of invading her cushion money sent little electric quivers through her midsection, but now that she was committed to this, it had to be done. “I think that does it.”

They went down to the first floor and traversed the long rows of cardboard boxes, loading the ones they’d chosen onto a flatbed cart. He grabbed a new desktop set in green and blue. “You need this.” 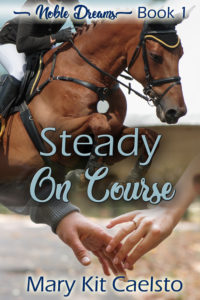