A while ago I posted a blog about the “itty bitty chickie” eggs. Well, mid August, they hatched! I ended up getting six chicks, which out of 14 hatching eggs that were shipped, and given how small they were, isn’t a bad result at all. Sadly, the smallest chick didn’t make it, so I am down to five itty bitties. They are all doing well, and one even hatched with the “naked neck” gene, so if it’s a rooster, it’ll be a mini Major (from God Plucked)

Here are the pictures. The one with the plastic mesh was taken in the incubator and that chick (the brown one you see in the other photos) was about 15 minutes old. The other two pictures were taken a day or so later after they got set up in the “brooder”. 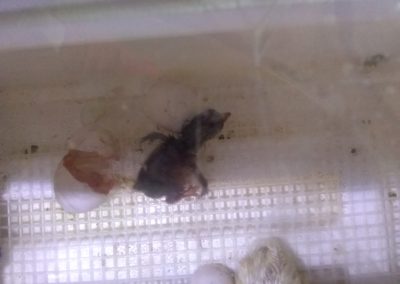 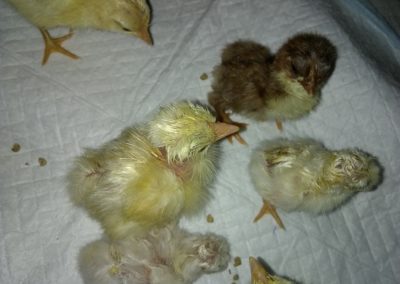 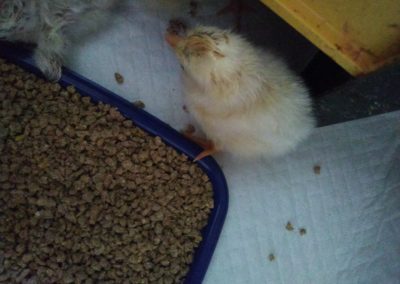 Help! I am offering editing/va/formatting services as well as raising money for some unforseen expenses and urgent needs. Can you help me and the horses?
Liked it? Take a second to support Mary Kit Caelsto on Patreon! 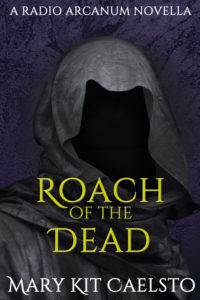 Roach of the Dead