I took in Buddy, a Maximillian Pionus, nearly five years ago. He was “free to good home”, a plucked parrot that I presumed had no place in a breeding program any longer. Given how rare pionus are in the pet trade (They’re marvelous birds. I love them.), I suspect that the breeder purchased this male and never found a female.

Buddy came to us with a naked chest that would never regrow feathers due to follicle damage, a distrust of humans and toys, and only liking seeds. He occupied a cage in our living room, where he could see and talk to Braynon, my blue-head pionus whom I’ve had since March 1997. He discovered a place where he had toys to chew and play with, mineral perches, someone who talked to him nearly constantly (my mom talked to him quite a bit), and he learned to accept pellets, a variety of foods, including fresh fruits and vegetables, and while he never would tolerate touches or any affection, learned not to be afraid of us.

I’m proud that for the past five years Buddy knew love and was spoiled like every pet parrot ought to be. I was able to see that he had a USDA import band. According to the USDA, the last year that wild parrots were imported was 1992. So at the very least Buddy was born in 1991 or 1992. That would have made him 28 or 27, which given the seed only diet he was on and the stress that came about with his plucked chest, is not a bad age. I’ve read that pionus can live up to 40 years. I didn’t think to check the band before I buried him. I do believe he passed of old age, and he’d been showing signs that he was slowing down for a while.

I say good-bye to Buddy knowing that while he wasn’t a snuggly, lovey guy, he was a rescue and lived a grand life while he was here. I’m glad he hung on for my mom’s sake, and I’m glad I opened my home to him. Fly over the rainbow bridge, Buddy. You will be missed. 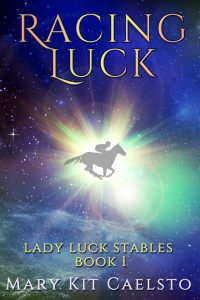