Two Dollar Clarinet Reeds: Do they even play?

Over the last couple of months I’ll admit I’ve been on a bit of an eBay bender for cheap imported clarinet reeds. Part of it was that I was curious. Could you really play on a box of reeds that cost $2.86 and was shipped from China. What are those Chinese reeds like?

I’m certain if you asked someone on a clarinet forum, they’d tell you that all the Chinese reeds are crap and not to play them. And I’ll admit to some not so small measure of reed snobbery. I was loving the D’Addrio Reserve reeds and LaVoz that I was playing on, and before I’d tried those, you couldn’t convince me that Vandoren weren’t the best. To add insult to my poor little box of two dollar reeds, while the plastic sack was intact, the box had been ripped open, the reeds strewn all over the inside of the package. But I picked one, made sure it wasn’t cracked, and decided to give it a shot.

First, the measurements are a bit off. This reed is longer than the others I’ve mentioned, and it has a stiffer feel. But if I had a young player who was a bit rough on reeds and needing something “value priced” to play on? These would be good at home practice reeds. I noticed the reeds sounded brassier, a bit sharper than the others. But I had no problem playing the high notes, and so far, with my short practice sessions, they’ve also held up reasonably well.

I’m hoping to get to a place where I can do some videos and I’ll show you what they sound like. Keeping in mind that I’m an adult amateur who really didn’t have a lot of instruction other than general band stuff in junior high, I will be the first to admit that I don’t know what I don’t know. I’m learning. I’m having fun. But I’m also excited to try all the other cheap Chinese reeds I bought off of eBay.

Want to contribute to my reed fund? Join my Patreon! 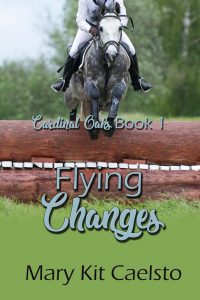