What is Brumation in Bearded Dragons? (Lizard Tuesday)

Did you know bearded dragons “hibernate” much like bears do in the winter? This time of year, bearded dragon owners, watch with dismay as their bearded dragons slow down, get sleepy, and go into a hibernation-like state called brumation. This happens in response to less light, cooler temperatures, as well as less food and water, which occurs in the winter. And although our homes are climate controlled, many of us have lights on timers, and we feed the same amount of food, it happens.

It’s also worrisome when it occurs. New owners wonder if their beardies have died, or are dying, because they just want to sleep all the time and become sluggish. Even those of us who are aware of the signs and symptoms watch as our pets snuggle in for a winter’s nap and miss their presence in our lives.

I have one bearded dragon, Artemis, who never has gone into brumation. She’s as active and happy right now as she is year round, with a hearty appetite (and a pump little dragon belly to show for it). My other dragon, who is a few years older, Kimba, has brumated probably thee or four times since I’ve had him. He’s about seven now. He seems to want to brumate this year, and I think it’s our bouncy temperatures that’s keeping him from it. He’s also in a bigger vivarium and the cool side gets cooler than the “cool side” on Artemis’ cage.

There’s a few things that you’ll want to do. Because he will wake up to eat, you’ll want to keep offering food. Make sure he gets a good soak to keep him hydrated, and don’t excessively bother him. If you’ve been on the receiving end of a “stink eye” from waking your bearded dragon, you know how upset they get at being bothered. Keep a watchful eye on him, and he’ll wake up.

They may only brumate for a few days or a few weeks. During his first brumation Kimba went to sleep in December and really didn’t wake up until February, so you just never know. However with a careful eye on things and by continuing to offer food, your beardie will make it through just fine. 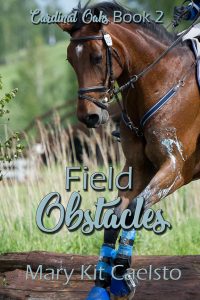