This review is cross-posted from My Author Home Reviews.

I received this book as part of LibraryThing’s Early Reviewers Program.

I don’t often request books through LIbraryThing’s Early Reviewers program, mostly because I feel that I won’t actually ever win any free copies. So much to my surprise I received a free copy of Debris and Detrius. The art deco-esque cover alone caught my attention, but with a love of mythology as well as taking a Religion 101 course to fulfill some general education requirements for my degree (and having an interest in world religions), I thought the anthology sounded fun, timely, and a great time.

I was not disappointed. From the first story in this anthology, it’s clear the authors aren’t trying to remake great Greek mythology or bring stories of majestic gods into the world. Instead, the fun romps of Debris & Detrius, are light-hearted affairs, sometimes making you think, sometimes making you laugh, and no matter the outcome taking you on a journey that you won’t soon forget. For fans of fun urban fantasy–since all these stories are set in the modern day–I think you’ll enjoy this book as much as I did. 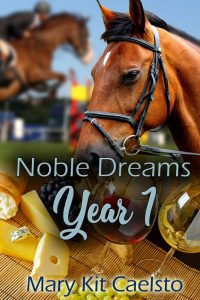