Why am I trying to get help?

In October 2018 my mother passed away. When she did, I lost 40% of my W2 income (according to the most recent tax return and that was only with payments through October) because I was getting paid to take care of her for 3 3/4 hours a day at $9/hour, 7 days a week. Basically I had a second, part time job, in addition to my full time job, my writing, my author assistant work, and of course taking care of mom because she lived with us (and honestly, taking care of her was a round the clock duty, but that was all the state would pay for. Of course I took care of her for a lot longer w/o pay out of love). This money allowed me to do things like stock up on hay before winter, pay medical bills, and buy food.

I believed that I would be able to quickly hustle and make up the lost income. I was wrong. The years of neglecting my own health while I took care of everyone else caught up with me, and in January 2019 I woke up swearing I was having a heart attack. No, just a panic attack, driven in large part of the tachycardia I’d developed back in 2014 as a side effect to a failed treatment for my fibromyalgia and made worse due to the severe anemia I didn’t know I had at the time.

It has taken me this long to finally feel as if I have my feet back underneath me again. However, as winter approaches, I cannot afford hay for my horses. At this point, I’m skipping meals to try and cut down on our food bill. I can’t skip my meds, but damn if I don’t think about it. And to be very blunt: giving up my horses would be a death sentence for all of us. They are rescues, untrained, and my mare I’ve had for 20 years this year. I also have her five year old filly, her twelve year old father (now gelded of course), and a kill lot rescue I got back in December 2017. If I were to give them up, they’d go straight to the kill lots and be sold for slaughter. And honestly, my depression over my money situation is so bad, there are days I live for the faces that I’m sharing with you below. I refuse to give them up. They are my lifeline, my therapy, and my joy. Besides, I have an AWESOME hay supplier and believe me when I say the cost to stock up is far less than it would be otherwise. He’s got the hay in his barn. I just need the money to pay for it.

Here’s what I need:

What happens if I raise more than I need? First, I’ll shut down the fundraiser. Second, I’ll put it toward the about $700 in medical bills that I have outstanding from tests and trying to figure out just how bad my health got. (Spoiler alert: pretty damn bad)

A bit about me:

No one ever likes coming to people for help, and I especially don’t like asking for help. However, since getting laid off in 2012 and choosing to follow our dreams (where the cost of living would be less) and moving to the Ozarks, I am still not making 50% of what I was making prior to getting laid off. I work full time. I’m the trainer and technical support technician with a small company in town. I make $10/hour. This is actually very good wages for living in the Ozarks, and while I’m sure I could apply for jobs that pay me more, none would be so understanding of my disability. Trust me, I’ve talked to people, and I’ve looked. Also, we have office cats and that is a very important benefit to me, especially in terms of my mental health.

I have fibromyalgia (chronic severe pain), general anxiety, cPTSD, and major depression. I also have severe anemia due to several issues going untreated for many years and this has caused tachycardia. Through the marketplace we have a well subsidized plan and I finally after years of trying, found a doctor who cares. My medication costs are roughly $30/month plus I try to make at least $25 payments on past medical bills. This doesn’t include my partner’s medication expenses. He is unable to work. I am the sole wage earner.

I hate asking for help. Every day I wake up and tell myself that I’m a failure for not being able to do this. We’ve endured alot, and I’ve already been wordy here, so I won’t go into it. But suffice to say this year is the first time I’ve had to actually move forward with our goals and in creating the lives that we want. I just need a little help to get us over the hump. While I’m putting my Ko-Fi link if you prefer to make a direct donation (It goes through Paypal w/ no extra fees), I also prefer to work for the money, which is why I’m not setting up a Go Fund Me. That information is below as well.

I also have a Patreon where I blog weekly about writing, mental health advocacy, have some free stories for my Patreon subscribers, and at a high enough level I bake you cookies or send you a treat once a quarter. Seriously. That link is there too. 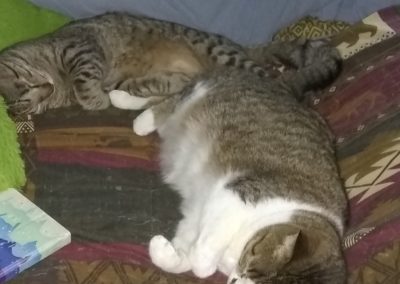 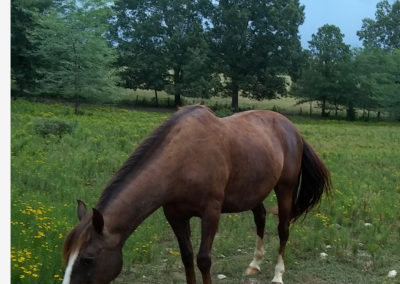 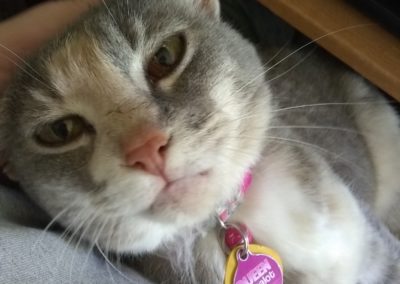 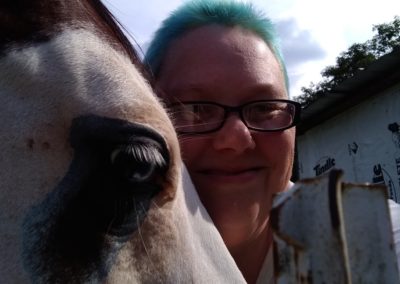 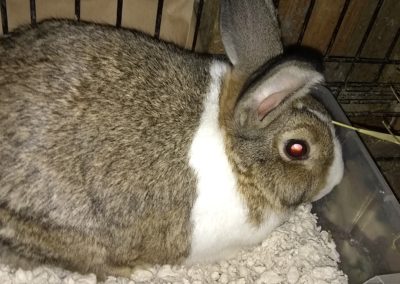 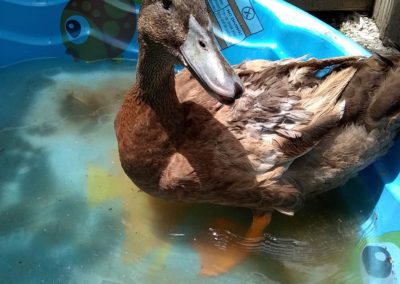 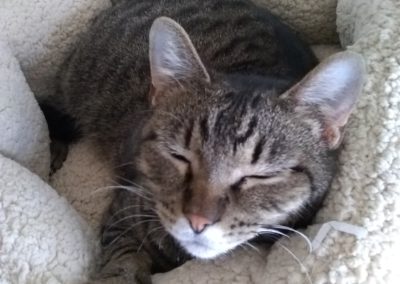 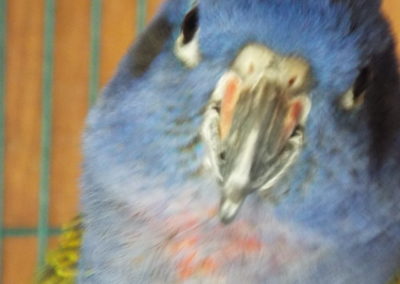 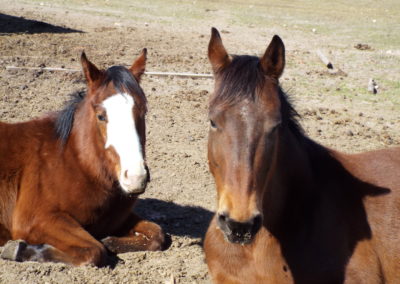 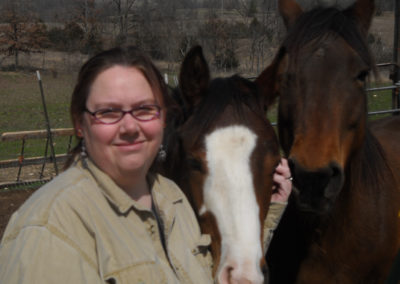 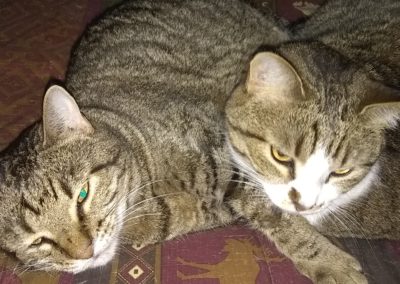 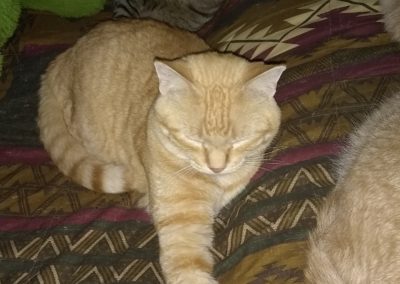 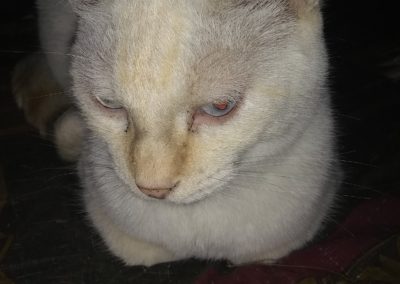 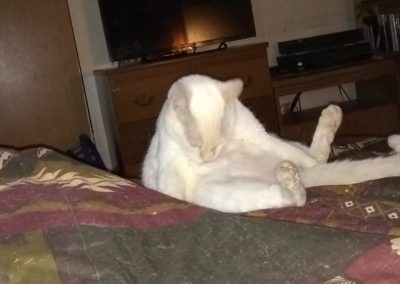 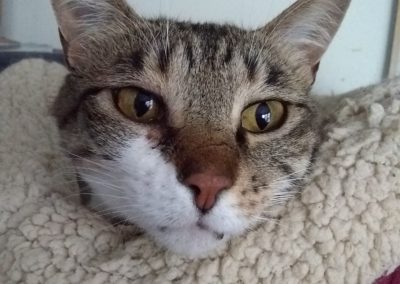 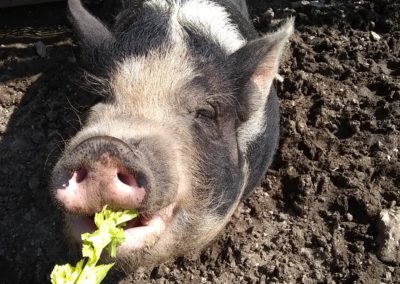 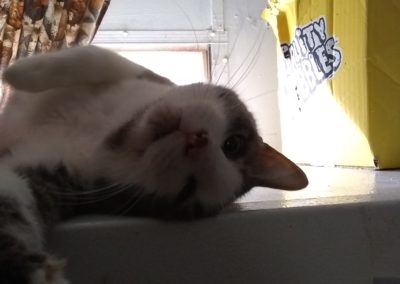 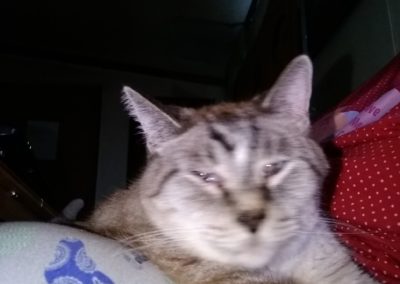 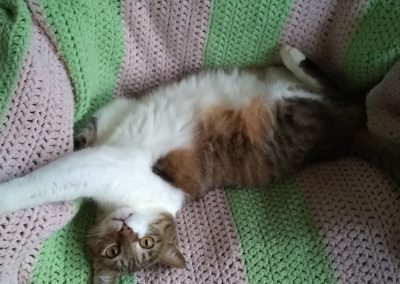 9/24 – We have three loads of hay delivered and I have the money for the fourth to be delivered after the first of the month. I need two more loads. However, I received an ACA rebate check, which will cover the trip to Iowa. So now we’re just needing the last two loads of hay. Ideally, I’d like a bit more because I need to have our furnace/ac serviced (it’s leaking water and I need that fixed before I start the furnace up), but worst case scenario that can go on a credit card. I really appreciate everyone’s support. We’re almost there!

9/12 – Received some more generous donations. Making plans for second load of hay or 1/3 of what I need to be delivered. I have enough for an additional load (1/2 of what’s needed) with about half of the next load left over.)

8/26 – First load of hay was delivered yesterday. Also received payment for editing services, bringing us up to 12% completion, with 1/2 the cost of another load of hay in the bank. (Each load is $120) Thank you.

Are you an author? Hire me! Through My Author Home, I am a virtual author technical goddess. What does this mean? I format ebooks, provide editing services, and shortly will be adding additional features such as newsletter management, promotional graphics and even cheap stock covers for authors. I also work on websites for authors. Need help with yours? Contact me!

Check out My Author Home
Check Out my Amazon Author Page

If you feel so motivated to spoil the inspiration for the characters in my books, here are the wishlists for them, as well as a couple of pictures of their adorable faces. All of these items are either items that i purchase now (such as a few of the horse items) or items that I'd like to purchase for them, but are unable to do so at the moment. Either way, know that your support will help encourage more stories, make me breathe a little easier, and help us along. Thank you.