You’re Not A Bitch For Setting Boundaries (Fibro Gone Wild)

It’s been a while since I’ve made a Fibro Gone Wild post, and that’s due in large part to my fibromyalgia, well, going wild. But also, I’ve had a lot of thoughts in my mind all tumbling around and chasing one another like puppies after a ball. Out of this chaos one thought has emerged.

You are not a bitch for setting boundaries.

You are not a bitch for calling out someone who has wronged you.

You are not a bitch for making sure that it doesn’t happen again.

There’s something to be said for boundaries, for stopping an action that makes you uncomfortable or calling out that which is hurtful. People will criticize you for it. They do so in part because they’re envious that you have the strength and will to do so when they may not. They may call you out because they worry that they won’t be able to control you again. And they call you out because they fear that in your setting boundaries that you will expose them for the frauds that they are.

But you’re not a bitch. You’re not a horrible person. And speaking your truth, telling people what you need, is something you should do. Actually it doesn’t matter whether you struggle with a chronic illness or are healthy. These are positive things for anyone to do. But for someone with a chronic illness it’s a god damned revolutionary act. In a world that wants disabled people to “accept their fate” and “be positive” and most of all be quiet and not cause any trouble for anyone else or force them to look at the fact that for a momentary act of body, mind or soul goes them, speaking out and telling people what you need is a revolution in and of itself.

I had to fire my therapist this week. Someone unwilling to look at the systemic harm caused by our local health care system, leaving me with medical PTSD, due in large part to their lack of any treatment of my fibromyalgia, is not what I need in my life right now. Not when she regaled me with stories that they treated her and took care of her. Which I’m thankful for, don’t get me wrong. No one should have to suffer at the hands of inept and cruel medical treatment. But to not even understand the unrelenting pain that those of us with fibromyalgia deal with on a daily basis. To not be able to grasp, to conceive, to empathize with someone who looks a doctor in the eyes and says “I’m hurt. I need help.” and then get told to “suck it up”, that’s inexcusable and only adds to the lasting harm that those people have done. My boundary. My life. No. I won’t entrust my darkest moments or my deepest hurts to someone who doesn’t even try to understand.

That’s actually what this blog was supposed to be about. The fact that most people don’t understand what it’s like to be in so much pain and be completely, utterly ignored by the medical community. I guess I needed to get some things off my chest this week. I appreciate your indulgence. And remember, you’re not a bitch for setting boundaries. 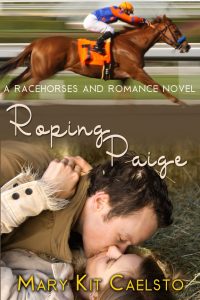