Inspiration For The Sea Of Love

Inspiration is a funny thing. I get my ideas from lots of things – things I see, things I hear, things I read. I might get an idea, but not use it straight away. I’ll park it in a corner of my mind, and years later it will resurface when I least expect it. The other day I read in the newspaper that there are 13 Zodiac signs, not 12 – because the constellations have moved in the sky since the times of the Zoroastrians who first created the signs we are familiar with. The 13th sign is Ophiuchus, the serpent-bearer. There’s a story in there… but I’m not sure what it is yet.

The seed for my fantasy romance series Sea of Love was planted when I was still living at home with my parents on the coast of Brittany, northern France. I saw a group of young men come out of the sea. They were wearing black wetsuits, they had gloves on their hands and palms on their feet. It gave me the idea of shape-shifting mermen who have a human shape on land, and an aquatic shape in the sea (without fish tails, but with webbed hands and feet). The idea resurfaced (pun intended) many years later, when I was looking for new ideas for a series. I located the story on a group of imaginary islands off the coast of West Wales. Why Wales? Because my mother is Welsh and we spend a lot of holidays there. My stories are also inspired by Welsh myths and legends. The islands’ names, and the names of the mermen Clans who live on them, are based on the names of three real rocks off the coast of my hometown in Brittany, Durand, Roger and Benetin. In the story they became Dooran, Regor and Benetynn.

Initially, the merfolk hide from humans and keep themselves to themselves. The Sea of Love series follows three young merfolk, Yann Benetynn, Rob Regor and Caltha Dooran. One by one they fall in love with a human, in defiance of the laws of their people, and they have to choose between obeying the rules and following their heart. Each story can be read independently.

A Merman’s Choice, book 1 in the Sea of Love series

For centuries the shape-shifting mermen of the Morvann Islands have lived incognito among humans. But one of them, Yann, has developed some bad habits. Like rescuing humans, even when doing so risks revealing his true nature. When he fishes Alex out of the sea, he doesn’t expect her to reappear eight months later, and turn his life upside down by asking him to be her guide. Alex is determined to fulfil a promise to her dying grandmother, by gathering pictures and stories of the Morvanns. But she soon discovers that, on these remote Welsh islands, legends have a habit of becoming true!

Over the course of a few days, Yann and Alex grow close. But some mermen hate humans. Their hostility, and Yann’s secret, threaten to tear the couple apart just as they are discovering that they are soul mates. Can Yann overcome the obstacles in his path and make the right choice? 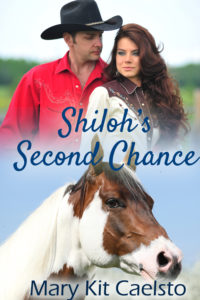