Book Tour: The Edge of All Worlds

This post is part of a virtual book tour organized by Goddess Fish Promotions. Enter to win a physical copy of the paperback of Carson of Venus: The Edge of All Worlds (continental US only). Click on the tour banner to see the other stops on the tour.

Carson of Venus is back in the first novel of groundbreaking Edgar Rice Burroughs Universe series!

When a mysterious enemy attacks his adopted nation of Korva, Earthman Carson Napier discovers his own arrival on Venus years ago may have unknowingly triggered the strike. The invaders’ trail of death and destruction leads Carson and his beloved princess Duare headlong into battle against a seemingly invincible, primordial race. But that is not Carson’s only challenge, for an uncanny phenomenon has entangled him with two strange individuals from beyond spacetime. Will Carson be able to solve the mysteries of his past and the enigmatic visitors before the entire planet descends into chaos?

The very principle of physics behind the Gridley Wave has mysteriously failed, cutting off all communication between the hollow world of Pellucidar and the outer crust, and now inventor Jason Gridley must seek help from his brilliant young protégé, Victory Harben. Together they recover timeworn records from deep in the ruins of a dead Mahar city, hoping to use knowledge of Pellucidar’s former reptilian overlords to jumpstart the Gridley Wave. But when their experiment goes terribly wrong, Jason and Victory suddenly find themselves drawn into the inscrutable machinations of an ancient evil.

THE FIRST UNIVERSE OF ITS KIND

A century before the term “crossover” became a buzzword in popular culture, Edgar Rice Burroughs created the first expansive, fully cohesive literary universe. Coexisting in this vast cosmos was a pantheon of immortal heroes and heroines–Tarzan of the Apes, Jane Clayton, John Carter, Dejah Thoris, Carson Napier, and David Innes being only the best known among them. In Burroughs’ 80-plus novels, their epic adventures transported them to the strange and exotic worlds of Barsoom, Amtor, Pellucidar, Caspak, and Va-nah, as well as the lost civilizations of Earth and even realms beyond the farthest star. Now the Edgar Rice Burroughs Universe expands in an all-new series of canonical novels written by today’s talented authors!

“My liege, let us take you to your quarters,” Lisant Or said, moving to the jong’s side. “If one of our nearby towns is under attack, there may be a danger to Sanara as well. We must get you to safety.”

Taman was having none of it. “Nonsense,” he said. “Carson, can you get us to Jovita swiftly?”

“Absolutely,” I said. Jovita was one of the closest settlements to Sanara, but it still lay nestled near a valley some half an hour away by air. “The anotar we arrived in should still be flight-ready out on the landing strip,” I went on, “and my personal craft is waiting inside the hangar near that. We could take a few people with us, but not many.” My anotar was designed to hold only a pilot and one passenger, though I knew we could squeeze in one more safely. The other anotar was a little more forgiving; meant to hold four in comfort, it might allow for another two or three passengers before the added weight would be a detriment to lift and velocity.

The jong said, “I will go with you and Duare.”

“Very well,” I replied. Unlike Lisant Or, I knew better than to suggest that the jong remain behind in safety.

Matt Betts worked for years in radio as an on-air personality, anchor and reporter. His fiction and poetry have appeared in numerous journals and anthologies. His work includes the steampunk novel, Odd Men Out, urban fantasy crime novel Indelible Ink, and his recent cryptid/horror novel White Anvil: Sasquatch Onslaught. His current release Carson of Venus: The Edge of all Worlds continues a series begun by Edgar Rice Burroughs. 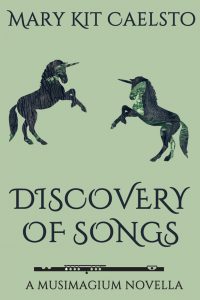